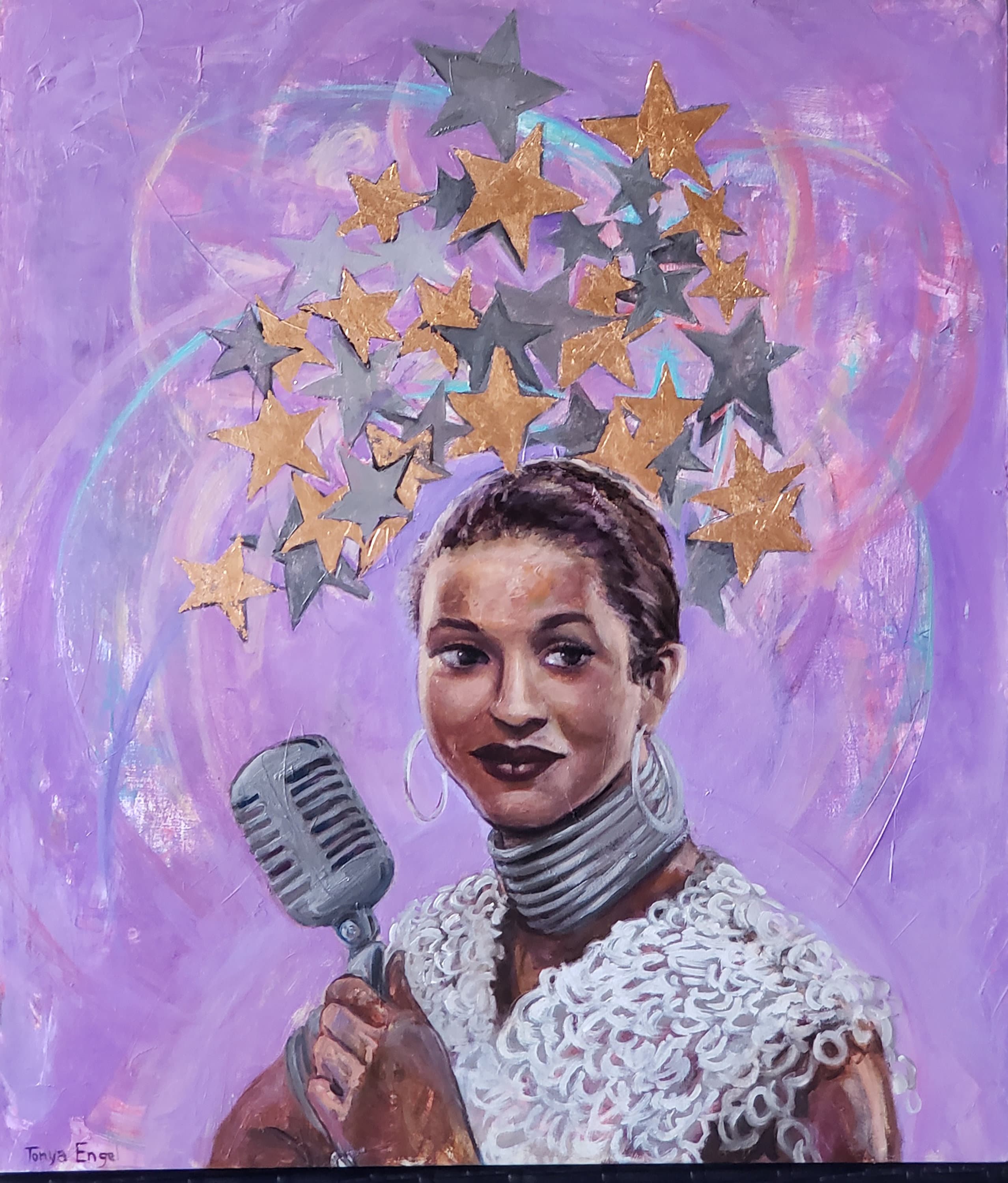 Girl Among Stars.
Nina Mae McKinney was a phenom performer and actress on vaudeville circuit and beyond- she was truly ahead of her times! She was an artist who was serious about her craft and made a name for herself on international film and screen while also refusing to play the minstrel during a time when that was NOT the norm. This original 24x30 Oil and gold leaf on wood panel is a salute to this trailblazer and artistic phenom of a woman!

I gladly accept returns and exchanges

Ship items back to me within: 30 days of delivery

But please contact me if you have any problems with your order.

The following items can't be returned or exchanged

Because of the nature of these items, unless they arrive damaged or defective, I can't accept returns for:

0 items in your cart